Games 4 & 5 Canucks/Hawks: From the Madhouse to a Slaughter House 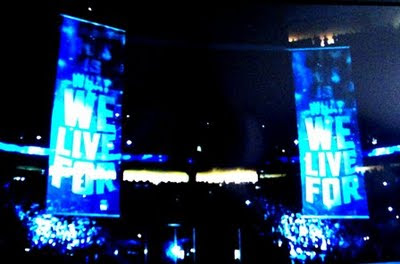 Well, for me personally, I started to become concerned leading up to Game Four. It was the over usage of the word “sweep” and the generic image of a broom, or the use of one as a prop on a set…like the broom acknowledged on Global News' The Stanley Show….yeah Squire Barnes, I’m talking to you. The morning after I saw that, I heard a female radio show host boasting “We’re gonna win the Cup!” . Then  someone told me they saw a weather girl on TV with a broom. After Game Three, it seemed as though the team, the city fell under a spell simultaneously, by that little word, sweep. The day the series began, I predicted Canucks in six, and after Game Three, I, too, was hopeful, but more looking at winning four in a row being a bonus, if anything.

And now, we all remember Game Four. The game when both the Canucks and the Blackhawks transformed into other teams, perhaps from another time, like, say, only a year ago. Or the year before that. This time, instead of turning the final screw, the blue team played with a screw (or two, or five) loose.

Game Five became Part Two of the remake of Trying to Knock out the Blackhawks: Part Five. Yes, it is starting to sound that crazy. What we are witnessing, (and it doesn’t often happen) is the more fragile side of a three nothing lead in a playoff series. And on the flipside, the grand possibilities of being down three nothing. But then again, it could also be viewed simply as the Canuck Way…in the end nothing’s going to come easy.

The Canucks launched a Canuck playoff micro-site called Thisiswhatwelivefor.com. Well, peeps…how do you like these apples? Newer fans are learning what the Playoffs are all about. There must be some fans just freaking out right about now. The rest of us should just know better - especially the ones who work in the local media. As that Nuck title says…this is what we live for. It’s the playoffs. And it isn’t over yet…the Canucks have a shot at winning Game Six, and making me, and others look like mild geniuses. If not, we always have Game Seven. Time to look for something to rally around, boys…you’ll need that.

Rallying sure worked for the Blackhawks. Dave Bolland’s returns from injury and is making a difference, Brent Seabrook’s out, courtesy of Raffe Torres, and they just don’t like that. Net minder, Corey Crawford earns his very first NHL playoff shut out on the heels of his very first playoff win. Heck, even cold Marion Hossa heats things up earning second star, tallying two goals. Perhaps this is why Hossa showed up in my dream the other night (Click here for more about the dream).Hossa. Hossa of all people!!!

If the Canucks are going to re-visit any time from the past, they should go back to Nov. 20st, 2010. They were embarrassed by the Blackhawks on home ice in a 7-1 loss. Yeah, I know the Canucks have a myriad of embarrassing dates with the Blackhawks to chose from. But the Nov 20th one was definitely a major rallying point. I believe “accountability” was the word of the day back then. The team turned it around and steamrolled through the rest of the season finishing in top spot over the entire league.

Finding the rallying point is one thing, what to do with goal tender Roberto Luongo is another. Do we look to the other half of the regular season’s best goal tending duo? No, apprently not. Coach Alain Vigneault will be giving Luongo the start on Sunday. I was kind of liking the idea of a battle between the Two Cory's (or Corey's) in net.

Come on Canucks, the extra day between games will be a blessing. Soon it will be time to kick start yet another winning streak, but every one of you must buy in to it all over again. It's a game six you can afford to lose...this time. But do you really want to do that?
Posted by L.A. Ovens at 11:44 AM