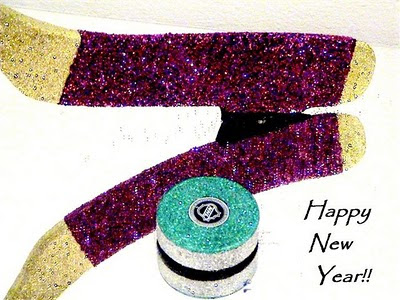 Season's Greetings from Lisa and Hockeyandhighheels.com 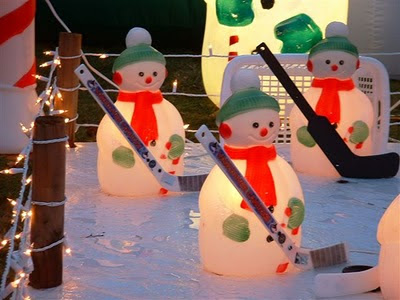 Wishing you all the very best this Holiday Season!!!

Before we know it, the NHL Playoffs will be here ;o)

Hockey This and That

December is such a busy time of year, especially when the Olympics are now just weeks away. Keeping up with all of the sports news is a tall order for anyone.
That's why we have Hockey This and That: these are some stories that are capturing my attention right now... 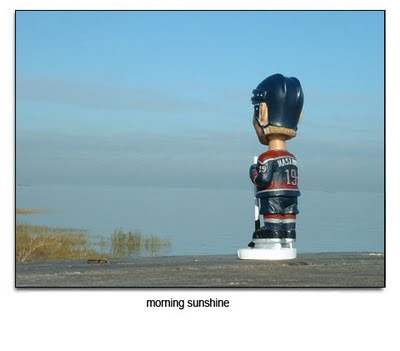 Markus Naslund: Sportman of the Year

Being a big fan of Markus Naslund I was happy to read this New York Post article written by Larry Brooks naming Naslund Sportman of the Year. Throughout the end of Naslund's time in Vancouver I was often furious with the way fans and media treated the Canucks highest scorer of all time (346 goals- 756 points). Naslund's work on the ice revived Vancouver's passion for Canucks hockey. His work off the ice helped change lives.

This is a good read for the true fans of Markus Naslund.

The above photo is from Mesh Galleria at hockeyandhighheels.com. Please visit the gallery for more now!
Mesh Galleria

Having access to more games for the next few days has me re thinking my weekend schedule! Vancouver Hockey fans...if we are hit with the snow that's supposed to fall, well, what a great excuse to OD on NHL hockey this weekend!

"I don't think anybody really watches Tiger Woods any more."

Yes, my Winter Classic Poem is kind of lame, but the event is far from it. The third Winter Classic features the Philadelphia Flyers vs. The Boston Bruins playing an outdoor game at Fenway Park on January 1st, 2010. And World famous ice maker, Dan Craig arrives in Boston today to get started on the rink.
Here's the story at NHL.com
Posted by L.A. Ovens at 12:47 AM No comments:

Hockey Night in Canada...As Per You!

Hockey Night in Canada online viewers have a new toy to play with: control your game view by way of 360 degree camera technology and a few mouse clicks. CBC Sports and HNIC teamed up with Immersive Media Corp. to create an exciting perk for watching NHL hockey online. 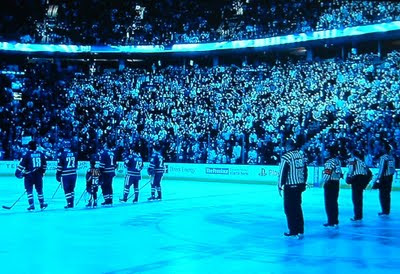 Immersive Media Corp. (www.immersivemedia.com), the world leader in immersive, interactive video experiences, today announced its live, streaming video technology will be used by Hockey Night in Canada at the Bell Centre for the Boston Bruins-Montreal Canadiens game. The All-Access Camera will give online users at CBCSports.ca one of the best seats in the house for a uniquely individual viewing experience.


Making its debut on CBCSports.ca/hockey for the landmark game is Hockey Night in Canada All-Access presented by Chevrolet. This live, interactive feature provides users with a virtual, in-arena, customized viewing experience. The view of the game can be controlled by users with just a click of their mouse. Hockey Night in Canada All Access presented by Chevrolet will be available for select CBC's HOCKEY NIGHT IN CANADA broadcasts throughout the remainder of the season.

And about the camera...

Immersive Media Corp. is the pioneer and leading provider of 360degree, interactive video experiences. Its one-of-a-kind geodesic camera and full production services - including rental equipment, training, filming, postproduction and distribution options - create high-resolution, immersive video for a variety of uses. From mapping and exploration to monitoring and surveillance to branding and entertainment, Immersive Media customers and agents produce the deepest, most engaging video experiences possible.

Unfortunately yours truly was not present in front of a computer during Friday night's 100th Anniversary game (Habs and Bruins) at Bell Centre in Montreal. But I have read some good reviews about it in cyber space. It sounds like fans are having some fun with it, and at the same time so surprised the CBC pulled something like this out of its bag of tricks!

Flyers Can John Stevens..Now Stevens Has to get New Car 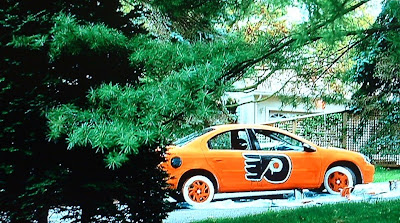 On the upside, Peter Laviolette might be the next one to take the wheel!


Is it just me or is anyone else tired of hearing about upper and lower body injuries in hockey? Seems to me that before this season, the designation of upper and lower body happened only during the playoffs when the teams searched for any possible edge on their opponents. 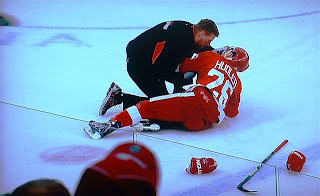 during the 2009 Stanley Cup Playoffs

But this year we hear it constantly, now, during the season. Why? If we see one of our favorite players hardly able to walk, we can assume it’s a leg injury. If they go over the ice dragging their arm, the problem could be a shoulder injury. Why can’t we, as fans, know what’s wrong so we have some idea when the player will be coming back?

After all an upper body injury could be anything from a hangnail to a paper cut to a dislocated shoulder or cracked rib. A lower body injury? An ingrown toenail? Blisters? Torn ACL? How can we know? What if you are like me and travel to see teams. Maybe there is a particular player you really want to see in action. Right before you are to leave you get the news of the dreaded “upper body” injury. Should you cancel the trip? Hope he’ll recover from whatever the malady is in time for the game you are attending?

Or am I being too harsh? Does non-reporting of injuries keep the players who have shoulder injuries from being slammed into the boards with a little extra gusto when they return to the lineup?

The Pittsburgh Penguins stated earlier this year that they would be willing to say what the player injuries are, but if they did, they put their players at a disadvantage because the other teams aren’t fessing up. I just don’t like surprises, good or bad. If a player is hurt, I’d like to know what the problem is so I can have some kind of feel for when he might play again. I just wonder why this is happening this year when it hasn’t before.

Maybe I’m just noticing this lack of reporting because there have been so many major injuries to so many big name players. According to USA Today, more than 230 players have missed at least one game with injury. Some teams have been fielding, in essence, minor league teams because so many of the regular players are out. Cam Ward, Carolina goalie, suffered a horrible cut from a skate while broken arms and legs, torn up knees and assorted other major problems have kept a plethora of players out of lineups. Poor Ottawa goalie, Pascal Leclaire, was just sitting on the bench when a puck came out of nowhere, struck him in the face and fractured his cheekbone. And how about Florida goalie, Tomas Vokoun, who suffered the ultimate – a smack in the head from his own defenseman! Angry, that he’d let in a goal, Keith Ballard, swung his stick with a lot of force, meaning to hit the goal post. Unfortunately, Vokoun’s ear got in the way and he crumpled to the ice, bloodied and dazed. He was taken off the ice on a stretcher. Talk about a tough day at the office!

Hopefully, this won’t be reported as an “upper body” injury, since everyone in the hockey world saw what happened – but I won’t be surprised if it is.
Posted by L.A. Ovens at 12:27 AM No comments: