The Return of NHL Hockey...and me ;o) 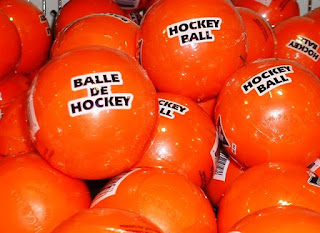 I didn't think this season would happen. I honestly did not expect the NHL Lockout to end in time for a mini season. Back in September, I put all things Lockout related on the back burner because I have begun work on my third hockey book. Aside from the occasional hockey talk with my friend, Marie in Nashville and my friend, Jan in Houston, I've kept things pretty quiet here in the lounge.

I didn't know how I would react to seeing the opening day action on television today. Naturally, I was completely against the lockout. I felt the owners and the players were really pushing their luck this time around.

Looking back to 2004, the game sorely needed the lockout. As tough as it was to deal with back then, there were so many issues on and off the ice, the Hockey men needed to sit out that year and get everything in order.

But in 2012, they didn't need this break. Much of the game was doing just fine.They should have made it a goal to hammer out the deal by summer's end. I was pissed. That's another reason why I hung up my skates, and turned the other cheek on the hockey world back in September: I was pissed off!

So, about 1.5 hours ago I turned on the TV to NBC. The Pens and the Flyers game was on. I was aloof, as I watched the game. Aloof, up until a stoppage in play. The camera scanned the crowd, stopping at a Pens fan and a Flyers fan seated next to each other, with ice cold beers in their hands. As they horsed around for the camera, I looked at all the fans in the seats beyond them. I felt the aloofness melt, instantly, as an old familiar feeling of warmth and comfort came over me. "I want to be there!" I thought, "I must go to a game, as soon as possible!"

As they say, Hockey is Back. However, more importantly for me, its back in my heart.

Enjoy the mini season, everybody :o)