Now that the NHL Pre-season is winding down, I will share an idea for next year. If the NHL follows this idea, they just might move up in the pro sports food chain.


Several years ago I wrote a piece for my book about a pre-season hockey festival I cooked up while lying around the house. In my opinion, the pre-season is an under utilized sales and marketing season for the NHL. Unfortunately Lisa’s Fantasy Pre- Season Hockey Festival ended up on the cutting room floor during the editing stage (except for the hockey film festival segment).


It’s been four NHL pre-seasons since I wrote the bit, and I am still convinced it’s a good idea, because the NHL has yet to make some noise during what should be considered a prime marketing season. And wouldn’t it be sweet to silence the yearly parade of critics complaining about too many pre season games, the games don’t mean anything blah blah blah. Here it is. A condensed version that is... 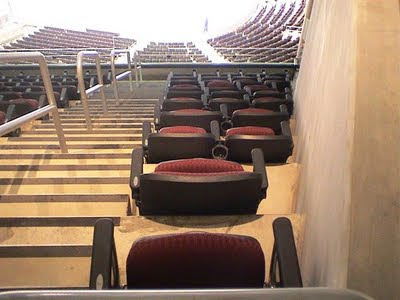 My idea was pretty simple: each NHL division picks one city to host a tournament involving the division teams. Perhaps the team selected could be the team that’s hurting the most for ticket sales and general public interest. A good example of this might be the Pacific Division, with the Phoenix Coyotes hosting the Kings, Sharks, Ducks, and Stars.


It could be one week long, using the weekends to throw parties, events and promotions mixed in with games held over the entire week. In my fantasy pre season festival, the pre-season tournament games tickets only cost $19.99 each, because in order to attract new fans, the tickets need to be cheap. In my festival new and casual fans would have the opportunity to learn about their home team’s rivals and will have the opportunity to experience a mini season of rivalry, fights, winners, losers and one champion all within nine days. What a way to hook’em in for the regular season, eh?


The host team could offer great deals on regular season ticket packages that are only valid if purchased during the pre- season festival. The four visiting teams could also use this festival to offer special deals and promotions to their fans at home. The tournament itself can still be like the way the pre-season is now: prospects and invited players will still be showcasing their talent and fighting for roster spots. Coaching staff will still be testing and evaluating players’ fitness and conditioning levels. This stuff will just have a “festival” back drop, and it would play out over a nine day period of time. Plus everyone would meet me as I signed their copy of Hockey & High Heels because the league bought hundreds of them to give away (remember this is MY fantasy pre-season festival – haha!).


The host city will be in charge of planning events and publicity stunts to attract media and public attention. This is where the Hockey Film Festival came into my idea. The host team partners up with a movie theatre that will show a variety of hockey films over the nine days. Both the theatre and the hockey team could invite local sponsors to host a film night with prize give aways. Hockey Festivals in the United States could really push showings of the movie Miracle: the one win that almost all Americans identify as the most important sports moment of their nation’s history. Other event ideas I had...a celebrity dunk tank, General Manager’s Pancake Breakfast, a formal charity evening event perhaps centering around a fashion show, a casino night or a roast, any of those would do, but there has to be a “red carpet” paparazzi and fan filled extravaganza preceding the event.


Speaking of fans, fans of the visiting teams would make the trek to the host city. Partnerships would be established with hotels, restaurants, tour operators etc offering special deals. Travelling hockey fans are the best of the bunch: they add colour and fun to the event. I caught quite a few Memorial Cup games when it was held in Vancouver two years ago. That was fun. All kinds of jerseys and fanatics in the crowd made the games extra special.


I really believe the NHL should consider something like this for next season. It’s a way to shake up the current schedule. It’s a way to shorten the pre-season without affecting the usual hockey operations activities at this time of year. It’s a way to welcome new fans to the game, and a way for committed fans to celebrate their passion.


Until this happens, it will be forever known as Lisa’s Fantasy Pre-Season Hockey Festival. Come on, NHL...don’t let me have all the fun!

Hello, again, hockey friends! Several months have passed since we last talked that lovely night in June when the Pens beat the Wings and brought the Stanley Cup back to Pittsburgh. How was your summer?


Mine was one of diet and exercise (damn, those playoff donuts!) with the goal to lose 15 pounds by the time the season started. Just days away, I’m down 14, so I feel good about that.


I enjoyed Wimbledon and the U.S. Open Tennis Tournament, made it to a couple of baseball games and lots of concerts, including Kid Rock, Def Leppard, Nickleback, and Creed. But mostly, I missed hockey. Watching the guys have their turns with the Cup was fun, but nothing takes the place of the game. 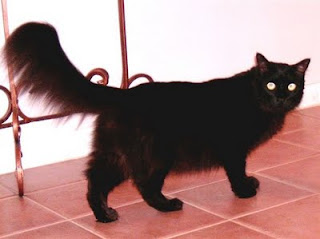 Just last week, I developed a red, angry, itchy rash on both arms. Turns out that my cat, Mario LaMew, must have walked through some poison ivy plants, escaping without incident himself, but then I picked him up and the nasty stuff got all over me. Since I’m allergic to almost everything outside, I know I didn’t touch any poison ivy plants.


But even “scratchin’ like a hound” won’t keep me from boarding a plane on Thursday to be in Pittsburgh for Opening Night! How great it will be to see the Stanley Cup banner raised in Mellon Arena? What fun to see Stanley at the game. And of course, the play itself will be great as the Pens take on the rival New York Rangers.


The next night, through the auspices of my daughter and son-in-law (Jen and Jim), I’ll get to be in on their picture with the Stanley Cup as we celebrate its return to the city after 17 long years. We’ve missed you, Stanley, welcome home!


The somewhat new look New York Rangers will be led into town by their fiery coach, John Tortorella. He’ll bring with him the always loveable Sean Avery, a new addition tough guy, Donald Brashear, and scoring threat Marian Gaborik. Avery is nursing a knee injury but hopes to play in the ‘burg.


Unfortunately, Crosby left a pre-season game in Columbus the other night with a groin injury and didn’t make the trip to Detroit for the last pre-season game. Hopefully by Friday night, he’ll be ready as will all the others. We’ll miss the guys who have left since last year, including Rob Scuderi, Petr Sikora and Hal Gill, but we’ll trudge along without them and wish them well in their new surroundings.


There will be plenty of challenges this season, just like always. The Pens will now have to face Chris Pronger several times both in Pittsburgh and Philadelphia. New faces in new places are popping up everywhere – we’ll see what impact they have on their new teams.


So it’s almost time…I’m ready, are you? Our sport is back and all’s right with the world.

By Lisa Ovens
As a Canuck fan and I am pleased to have defenseman Mathieu Schneider join the home team. I am hoping he’s the answer to our puck moving, quarterback on the point questions. Plus he’s a Stanley Cup winner (Canadiens 1993) and lord knows the Canucks need Cup luck!
Schneider split his time last season between the Atlanta Thrashers and the Montreal Canadiens, so he should find the Canucks a nice change considering they are secure with their ownership unlike the Thrashers, and well, our type of drama is different than the Habs.

Schneider was born in New York, New York 40 years ago. He’s played 1264 NHL games over a nineteen year career with 212 goals and 513 assists. As far as the playoffs go, Schneider has recorded 10 goals and 43 assists in 111 playoff games. That’s 1264 games with eight different teams. It’s his stint with the Maple Leafs that caught my attention.

There is more to Mathieu Schneider than his blue line skills. 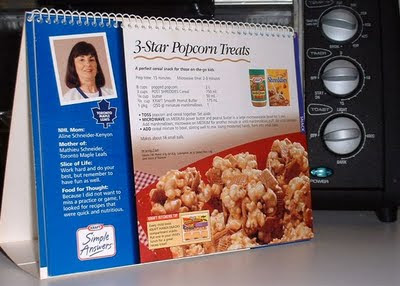 Not long after Schneider signed with the Canucks, I was rummaging through my hockey swag collection and I came across a twelve year old recipe calendar from Kraft. My mom had given it to me a few years ago when she was downsizing her swag. The stand up calendar is called...

And guess who’s on the last page? That’s right; Aline, Mathieu Schneider’s mom contributed a recipe, and a little hockey mom advice. Aline is posing in her son’s hockey sweater, along with 17
other NHL moms on the front cover.

Now that we’ve covered Mathieu’s career stats, I am sure everyone is dying to know about the recipe. It will make a great snack for Canucks fans over the coming season. Though, you need to like popcorn.

3 Star Popcorn Treats
(According to Kraft it’s “a perfect snack for those on the go kids.”)

Toss popcorn and cereal together. Set aside.
Microwave on medium power butter and peanut butter in a large microwavable bowl for one minute.
Add marshmallows; microwave on medium for another minute or until the marshmallows puff; stir until blended.
Add cereal mixture to bowl, stirring well to mix. Using moistened hands, form into small balls. Makes about 18 balls.

The good people at Kraft also listed the nutritional facts on the Hockey Mom recipes. Here are stats on Aline’s 3Star Popcorn Treats...

Per serving (one ball)

People who know me know that cooking food doesn’t really hold my interest. So When Mathieu Schneider scores his fifth goal for the Canucks during the 2000/10 NHL season, I will make his
mom’s recipe. How’s that for incentive, Schneids????
Now we just need a Jerome Iginla story, and I'll blend in his mom's recipe. Standing by for Iggy News...
Posted by L.A. Ovens at 7:56 PM 2 comments: