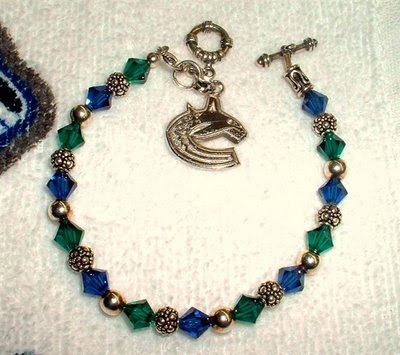 
Gordichuk?? Darcy Gordichuk opened up the scoring in the second period during the Game Four of the Vancouver Canucks/ Chicago Blackhawks series: his first ever playoff goal. It was a beaut, too, thanks to a spin-o-rama pass from Rick Rypien.
And that was pretty much it for the scoring on the Canucks side of things. Maybe there is something amiss when Darcy Hordichuk is the Canuck player scoring the only goal. Our heavyweight enforcer, limited ice time guy is the ONLY scorer. Gedin Twins...where were you? Working hard to stick to the ALL defense game plan?

That’s what it was all about Thursday night in United Center. Once again, the Canucks ladled out the thick D –soup, and the Blackhawk kids had to navigate their spoons through it. And when they did get some shots through...they had him waiting for them.

What’s G? Goberto Luongo made some pretty sweet saves with his Glove, legs and stick, etc. “Great Save Luongo!!!” (As delivered by play by play man, Jim Hughson) 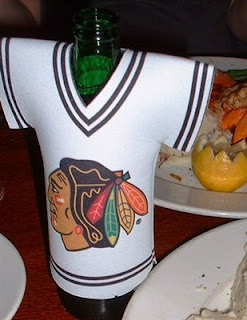 What’s G? Geez the Blackhawks tie it up late in the third. Oh oh...Going to over time thanks to Martin Havlat.

Why do I keep asking “What’s G?” It’s that darn Gatorade commercial on serious rotation this post season!! I find myself asking What’s G and then standing up, looking up to the right, pointin' and bobbin' my finest hip hop moves...I’m so sick.

And as an after thought: did I hear HNIC’s Ron MacLean say “G-Spot” during Game Three’s broadcast??