Why We are Such Good Hockey Players 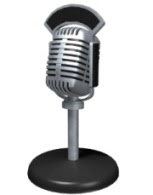 Watching the Penguin's Sidney Crosby score another amazing goal the other night, evoked memories, not of Sid so much, but rather a forward line with as much flash and dash as any in the annals of Hockey. These three guys would create a crescendo of cheering and yelling as they stick-handled, passed and scored the "clutch" goal for another team victory. 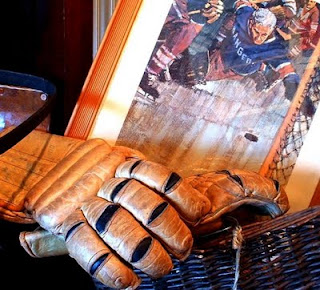 You have probably never heard of them, unless your in your Sixties, lived in a small Ontario town and grew up lugging your duffle bag to the local ice-box. And by golly, it was an ice-box. No heaters in the old Port Colborne Arena on the shores of Lake Erie. No sir; which wasn't a bad thing for the kids who played hockey. The layers of clothing helped on the ice too, when one of those over-grown six foot defensemen whammed you into the boards.

But this old arena, with its steel girders blocking your view if you couldn't get a better seat, hosted some of the best hockey ever played.

There were only six NHL teams at the time and the caliber of players in our Senior and Intermediate teams was exceptional. So many of the NHL wannabees played in the AHL or senior teams on this side of the border, so we got to see some of the best action at the lowest price.

Speaking of the cost of a ticket, one of the off-ice challenges in those days was to be able to secure a pair of tickets to a Maple Leafs Game...90 miles down the highway. Many of our juvenile hockey peers did so: the tickets were the prize in a local Billiards room draw once a week !

But we digress... the memories we refer to at the beginning of this article are reserved for the Port Colborne Sailors Line of Mahoney, Katzman and Spence. The way this trio performed on the ice was an inspiration to all who saw them ...including many of the kids in the Bantam, Midget and Juvenile leagues throughout the area.

This is one example and there are thousands more across this great country, of why we develop the
best hockey players in the world.
Posted by L.A. Ovens at 11:03 PM No comments:

The Vancouver Canucks put together a beautiful, glossy soft cover Yearbook that celebrates a very special year for Vancouver. Along with staff and player biographies, the publisher also included some Winter Olympics information and trivia. Afterall, the biggest International tournaments for men's and women's ice hockey will be taking place in the Canucks' barn; that spectacle will be a page in Canucks history. Let's hope we have some medal success for our favorite Canuck players!! 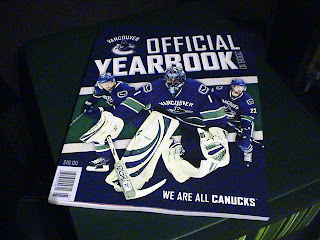 The Canucks 2009/10 Yearbook is available at Authentix, the Canucks team store at GM Place. It costs $10.00 and is definitely a keepsake and will make a great gift for the Canucklehead in your life. The paper stock is very high end for those into that sort of thing (okay...I'm guilty of that). It is a little advertisement heavy, but what isn't these days!

Another fabulous gift idea for the jewelry enthusiast in your life: A Canucks Fanbangle Bracelet. 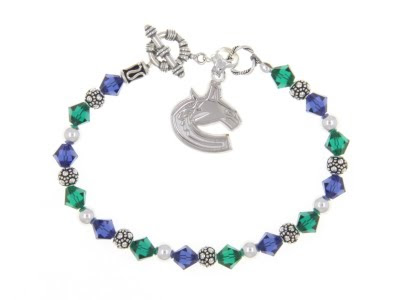 Each FanBangle bracelet is hand-crafted with sterling silver and Swarovski crystal in your team's colors and anchored by an officially licensed team logo charm in sterling silver. The bracelet feels good on the wrist. It has weight and will add a little sparkle to your game night outfit.

The FanBangle is a great gift idea for the ladies who probably already own a team jersey, hat, scarf and tee. Don’t let their wrists be naked!!! Available in most NHL team colors.To order your Fanbangles, please visit the website...Fanbangles 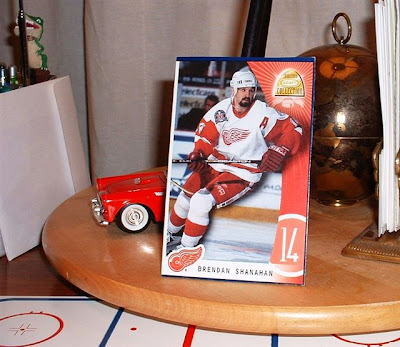 Skating With the Stars


I’m not really sure why, but I LOVE Dancing with the Stars. Cheesy as it, and as many times as I say I’m not watching, it keeps pulling me back in - even this “season” when “stars” is used quite loosely. I’ve never even heard of some of these people. On top of all that, they change the rules all the time and add new dances at the drop of a top hat! 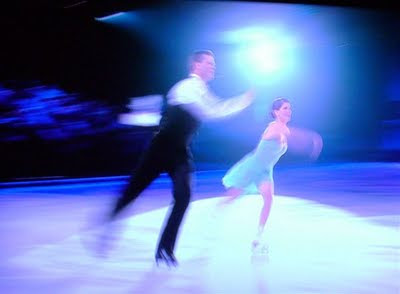 Craig Simpson and Jamie Sale, contestants Battle of the Blades

But I love the dancing, I love the costumes, I love watching how hard some of these people will work to perform a great dance, so there I am – watching again. Athletes seem to do exceptionally well on this show – with some exceptions – like Michael Irvin, who I thought would do better.

Then I heard about Battle of the Blades – basically Dancing with the Stars with hockey players! What a stroke of brilliance! The only problem is the program is carried only on CBC in Canada and most of us south of their border can’t watch it.

Battle of the Blades has taken some NHL tough guys and paired them with elegant figure skaters. Bob Probert, Tie Domi, Ken Daneyko, and Claude Lemieux don’t exactly evoke elegance when you remember them beating someone to a pulp. Throw in Glenn Anderson, Craig Simpson and (my personal favorite) Ron Duguay, and you’ve got a great show! 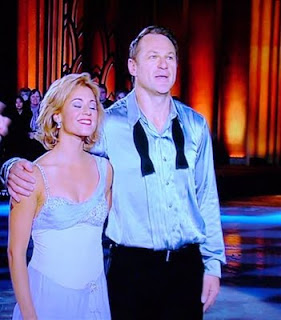 Claude Lemieux and Shae-Lynn Bourne, contestants, Battle of the Blades
Just because I haven’t seen it doesn’t mean I couldn’t love it. After all, I loved The Secret Lives of Hockey Wives or the U.S. version, MVP, when it made it to the Soap Network – but was short-lived.

One day this week, I heard one of my favorite hockey guys, E.J. Hradek, talking about Battle of the Blades and how good it is. E.J. was lobbying for the NHL Network to pick up the show here so Americans could see it. He thought it would draw an audience. I totally agree! Didn’t I say I love dancing (skating), costumes, and how hard these people will work to perform well? Not to mention that fact that although I love the NHL Network, repetition is its middle name. How many times a day can someone watch NHL on the Fly? Or the 1958 Stanley Cup series? Show us something fun like Battle of the Blades.

Who would you like to see skating with a real figure skater? Personally, I would like to see a different Lemieux – Mario! He would be wonderful dressed in pastels and paired with a petite little skater. How about Darren Pang? He even resembles a figure skater, Scott Hamilton. I can see John Vanbiesbrouck giving it a go or Pierre Larouche making for a fun performance. There are distinct possibilities here!

So, please, NHL Network, heed the advice of E.J. and show us Battle of the Blades – just don’t schedule it up against Dancing with the Stars!

Not everyone has this kind of showmanship, so give it up for the Finnish net minder and
his...
Matti Hoyla Show....