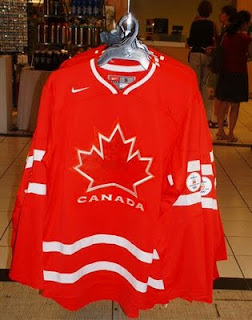 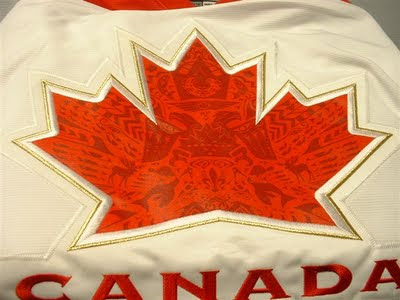 The City of Toronto speaks, and my God do they listen...
I am still trying to sort out how I feel about Coors Beer removing some billboard ads located in BC that offended people in Toronto. The ad simply said " Colder than most people in Toronto."

First of all, according to an article written by reporter Jeff Lee of the Vancouver Sun, only 20 people complained about the billboard ads. That apparently was enough to put Molson Coors in action, and end the campaign a few weeks early. Why couldn't they have left the ads up and said..."well it's cold in Toronto, and their winters are long, so wouldn't that make most people in Toronto cold?". This was a beer campaign that a creative department decided to not fall back on objectifying women for a change, and I can't help but find that as refreshing as, well, an ice cold beer. And now the ads are gone and people have to apologize.

How often do we see beer ads that don't objectify or demean women? How often do we see beers ads that suggest guys will have women falling all over them in bars, anxious to have a threesome and such? How many blogs, sites and organizations exist only to report on how women are objectified in all kinds of advertising, media, entertainment, how women get the short end of the stick in business and male dominated industries? All of these sites and groups calling for change, equal representation, equal pay, respect, and yet all it took was 20 people in Toronto to force the kind of change and exposure that women's rights activists and commentators would only dream of?

All I can say, is ladies, what are we doing wrong? Let me put that another way: how can we be more like Toronto?

Or maybe I am completely off base, and what Molson Coors have pulled off is an impromptu sales and marketing/ PR strategy to drive up beer sales in the BC market, during these these final weeks of summer. There is only one way to find out: next time we see anything remotely offensive from the big beer brands, let's call them on it. All we need is to beat twenty complaints to get some action. The bar has been is set.
Postscript: Incidentally, when I drink alcohol, I prefer to drink beer. I have studied the place of women in hockey themed beer ads as a segment in my next hockey book. I openly enjoyed hockey and beer in my first book. Many women out there would agree, It's like a good marriage, those two. Cheers :o)

Not long ago, Marie in Nashville emailed me about attending the Predators State of the Franchise meeting for season ticket holders. She offered to write about the event and share it with our readers at hockeyandhighheels.com.


Meetings like this are a common occurance this time of year around the NHL, and I am more than interested to learn about how other teams treat their most important investors, the fans.

I enjoyed reading Marie's account of "The Predator Way"published below, and I hope you do too.


PS: FYI, the byline pic of Marie you see below was taken at another Predator event, a much more formal event, hense the lovely strapless gown (you look fabulous, Marie!)

Skate of the Union

I ducked out of work early on July 23rd to attend the state of the franchise meeting for my beloved Nashville Predators. I arrived just after 5 pm and got in the autograph line. JP Dumont and two of our prospects, Cody Franson and Mark Dekanich were signing. I had brought my jersey. I asked Cody if we were going to see him in our "laundry" this season and he said he sure hoped so! He’s been working out at local training facility getting ready to make his debut with the big boys. I met up with my friends Robin and Tony a little after that. We ran into different folks we knew, saw Steve Sullivan aka "Sully" with the Masterson Trophy posing for pictures. There was also an equipment sale but neither Robin nor I were interested in that.

There was a highlight reel playing on the Megatron. Some clips included Willie O’Ree’s visit and our rivalry with the Wings. The meeting started with some nice highlights from last year and features on Colin Wilson and Ryan Ellis. The meeting was moderated by Pete Weber our play by play guy. David Freeman from the ownership group spoke first. He talked about the Predator Way: 1. Scouting and developing talent; 2. consistency with our coaching staff; 3. David Poile’s steady and classy management; and most important of all, the passionate and knowledgeable fan base. He wouldn’t trade us for any other fan base in the league.
Second was Ed Lang for the business side of things: the 2/20 plan had done well.(The plan allows you to purchase season tickets for 2 years at the current rate and have 20 months to pay it off). He reviewed the schedule which includes 15 Sat games, a Friday and a Sunday game. We will also have our own version of March Madness with 17 games in the month with 10 of them at home. They are looking to repeat some promotions like the Military Mondays (discounted tickets for the military, Fort Campbell, home of the 101st is just up the road so the military is a big deal around here). The usual promises to upgrade concessions were made (yeah, right). Among other things he mentioned were that we sent 13 squirt/pee wee players to the Ace’s Got Skills national competition and 3 came back national champions. (Not bad, eh!)
David Poile was up next. He spoke about re-signing Sully and Joel Ward and how important it was for the team. Sully twitters so one of Poile’s staff knew the deal was made before Poile had a chance to tell him. We hired former player Martin Gelinas as director of player development. Martin was very popular here the one year he played and was an excellent mentor to Jordin Tootoo in particular. Our first goal is to get back to the playoffs. To do that, we will be relying on our core group of players, Sully, Arnott, Dumont, Erat, Legwand and our stud D corp. of Suter, Weber and Hammius. These guys will supplemented by our younger guys from Milwaukee who Poile feels are ready to get their chance at the Big Show. He, of course, was Mr. Positive that we can and will get back to the playoffs this coming season.

Lastly we heard from Sully and JP. Both were incredibly complimentary about the city and the fans. They love playing here and living here. JP said, “You made us feel welcome and part of your families.” They both spoke about the now tradition of a spontaneous standing ovation during a TV timeout. It started at the end of the ’08-‘09 season during our last home game with St. Louis when we knew we had made into the playoffs after a season of turmoil, fears, tears and joy. We don’t do every game, but when the crowd senses the boys need a lift, we get it going. Opposing players are amazed and perplexed by it, of course. Our guys love it and totally feed off it.

The guys were positive about the upcoming season and look forward to getting back on the ice. There was a Q & A session afterwards. Mr. Poile confirmed that Alexander Radulov is not coming back this season. Mr. Freeman acknowledged the need to get more butts in seats to increase our revenue. JP likes watching Alexander Ovechkin on the highlights.
And on a more personal level: Mr. Poile became a grandfather this summer.
The turnout was not great but it was a weeknight. I think we had around 1000 fans there, which is still pretty good for the middle of summertime in Nashville.
Posted by L.A. Ovens at 12:01 AM No comments: