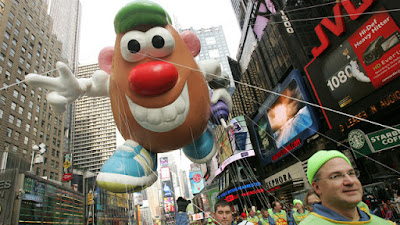 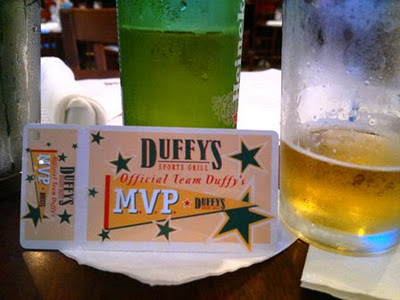 Not long ago I read the Vancouver Canucks partnered with Flight Centre, offering special travel packages for Canucks away games. Finally the Canucks caught up to the legions of Canuck fans already taking advantage of cheaper and more readily available tickets in NHL cities south of the Canadian border. Believe it or not, but you could spend less on a trip to San Jose for a Canuck game than you would if you bought the pricey home game experience.

So, here I am in sunny Florida waiting for the Canucks to arrive. No, It wasn't a Canuck package, I just made up my own package! I arrived a few months early (the Canucks don't roll through the sunshine state until January 9th and 10th, 2012), but that doesn't mean I won't be looking for hockey while I wait.

My first hockey field trip was a simple one: see a Canucks/Flames game in a pub. The game started at 9:30pm EST. Whoa...my first major adjustment in Florida is the time zone. After all these years languishing in the West, enjoying many 7pm starts, I am finally experiencing the “Eastern Way” so many displaced fans experience when trying to catch their west coast NHL teams play on the opposite coast.


Lucky for me I found a nearby pub called Duffy's. I wandered by it one day, and asked about the NHL Centre Ice Package. Yes, they said, we have it! Great...I'm set. Now, I just have to be awake and up for some late night hockey :o) A few nights later I headed to the pub. I arrived early to check out the other games on the screens. This would be a prudent move so I would be pumped up and awake for the game.
I went alone as my gracious host is a single mom and this game time is waaay past their bedtime. I am definitely on the look out for a light night hockey buddy here (I'm in Palm Beach County), so I will keep you posted on any new developments in that department.
Things were going good. The hostess sat me right in front of a nice screen and said she'd put the game on that screen just for me. Then the server brought me the beer I ordered, and he gave me two. I am informed it's Happy Hour all night long at Duffy's, and...well, I'm quite happy about that. Finally it is game time, and no game appears on my TV. There is a flurry of activity: remotes commanding from outstretched arms, discussions, more remote pointing, a little paperwork, and then finally the manager came over with the bad news...
Manager: We're terribly sorry, but although it says your Canucks game is on channel 76, the game is just not on.
Lisa: Dang.
Now, it's not like they can offer me a free beer for my disappointment; they are already giving me free ones. But one thing Duffy's does have is free wireless Internet, and being the well equipped writer I am, I whip out my netbook. Then I called Pittsburgh Penguins writer, Jan Snyder in Houston, Texas while I waited for little Sugarsteps to fire up.
Oh, just by the by, I am very impressed with the cell phone service here: I can call anywhere in the United States and not pay any long distance charges with my US Pay As You Go Cell phone. Man, Canadian Cell Phone providers are ripping us off up there. Anyhoo, back to my story...
I've got Jan on the phone and explain my situation and she says...
Jan: "The game is on channel 76....I'm watching it right now."
Lisa: "This is so unfair."
Finally I am online and I find a stream of the game. The Canucks are winning 4-0. Yay! I did try canucks.com, the officially website for your Vancouver Canucks first, because they sometimes stream the games for a small fee...but only for residents of British Columbia and the Yukon. Considering the sheer number of Canuck fans around the world. this surprises me to no end. They could be making more with this particular income stream, instead of handing the ever growing big bill to Canucks season ticket holders every summer. But, I digress.
I watched the game until Sugarsteps's battery ran dry. It was last call. I asked the server if, hypothetically, I were able to see the end of this game, would you keep the pub open for me since it is so gosh darn late? He said yes, they would. I'm thinking, good, I am going to come back here and try this again, especially for a 10pm puck drop, and I'll keep them all up late with me!
Contrary to popular Canadian belief, there is plenty of hockey in the State of Florida, so please stay tuned for more hockey reports from the Sunshine State :o)
Posted by L.A. Ovens at 5:38 PM No comments: