Okay, that's the only pic I have of Boston Bruin, Milan Lucic...and it'll do. Last night in Vancouver, Lucic tallied three points and was selected first star after his Boston Bruins beat the Vancouver Canucks, 3-1.

A Vancouver native (had a successful run with the WHL's Vancouver Giants, and was the captain of Team Canada during the anniversary tournament of the Canada/Russia Super Series), Lucic must be on the minds of many Canuck fans today...why didn't we draft him? Good question...I thought that as well. So I found this extensive answer to that question at Crashingthegoalie.com.

Hockey writer, Ron Spence examined that question back in 2008. And as most Canuck fans might realize today...even back then we wondered why didn't we draft Milan Lucic.

What a Great Roll for Hockey! Heritage Classic Caps Off a Fab Mid Season Filled With Hockey Magic

If you look back on the last two months, hockey fans everywhere have had more than a few reasons to celebrate this great game at the community level all the way up to the big league.

First the HBO 24/7 four part documentary leading up to the NHL's Winter Classic in Pittsburgh on Jan 1st, 2011. Then we had a re-vamped NHL All Star Weekend in North Carolina at January's end. A little while later and it was Hockey Day in Canada which has become a most beloved marathon of hockey's goodness. An then this weekend it was the still establishing its roots, Hockey Day in America and then finally  we saw the big league return to its outdoor hockey roots in Canada for the Heritage Classic at  Cagary's McMahon Stadium featuring the Calgary Flames and the Montreal Canadiens.

All I can say is GO HOCKEY GO!!

These events set plenty of things in motion from every person assigned to work on the spectacles, to fans at home planning a day of spectating. If anything, we can call this time The Mid Season Hockey Festival...Season? A time where hockey turns up the marketing heat and entire communities of people put on a show.

The Calgary Flames and the NHL scored a touchdown for presenting a fabulous event and McMahon Football Stadium. Too bad the Montreal Canadiens went scoreless in this 4-O chilly, outdoor affair. Maybe coach, Jacques Martin should have sported a hat today (putting a hat on a coach just adds a serious touch to the look that this hat lover approves!).

And Flames fans prove yet again they are the Kings of Seas, as the forty thousand member crowd showed off the RED.  Though I was impressed to catch one dude in a Canucks jersey during one of the many crowd shots...sweet!

Now the Mid Season Hockey Festival Season is over. The hockey world turns towards one thing...the race to the Playoffs and the fight to qualify. Things are going to get Gritty with a capital G. Are you ready for that, everybody?
Posted by L.A. Ovens at 6:56 PM 2 comments:

While watching the Vancouver Canucks play the Dallas Stars for the fourth time this season ( a game they won, just as they did the other three games, woot!) I searched through thousands of photos on my external hard drive. Although I have yet to find the actual photo I'm looking for, I was reminded of a series of photos I snapped over the years...

Strangely enough, the one shirt photo that started this theme is MIA. Now I have two photos to find. So without much more of an introduction, here are a few of the shirts I've sat behind... 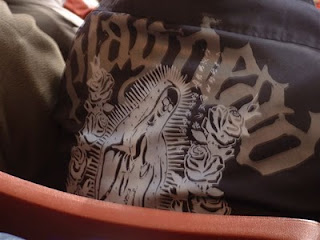 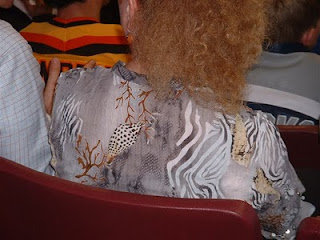 I don't think I will be able to sleep until I find that first photo, so stay tuned for the number one photo of a shirt I sat behind at a hockey game.

Happy Hockey Day in Canada, or where ever you are celebrating hockey!
HDIC SALE SPECIAL!!!
Two Book Set only $35 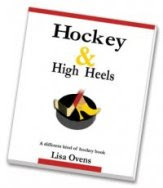 Get the Two Book Set! For only $35 plus shipping and handling, you'll receive a copy of For the Love of Empty Net Goals and a copy of Hockey & High Heels

To order your set please click the Book Set "buy it now button" on the right of this page.

Shipping to Canada and the USA.

International customers may order the book via email as your shipping rates will vary. info@hockeyandhighheels.com

have a great day :o) and thank you for your continued support!
Posted by L.A. Ovens at 3:03 PM No comments:

The Week That Was

This past week was certainly a notable one for fans of Pittsburgh sports teams. The week began with the Steelers losing to Green Bay in the Super Bowl, as Green Bay turned the tables and beat the Steelers at their own game. They had three takeaways resulting in points and the Steelers just never caught up.

As the week moved along, we found out that Geno Malkin would have season ending surgery on his MCL and ACL, not good news for an already suffering fan base! We won’t see Geno again until training camp in September. A tiny ray of sunshine came through when Sidney Crosby returned to Pittsburgh and said he’s making progress with his concussion symptoms, but still needed time before he could even start working out on the ice. Although he said he hopes to play again this season, time will tell.
The Pens pulled out a nice OT win against the Kings when Staal scored with just seconds left in the OT period. So on to Long Island for a Friday night game with the Islanders. Keep in mind only nine days before Rick DiPietro started (and admitted to starting) a fight with Pens back- up goalie, Brent Johnson. Johnson took him out with one punch, but no one knew then that Ricky had broken bones in his face and that he’d hurt his knee. As the Pens laughed on the bench, mostly at the fact that Johnson was such an efficient fighter, the Isles took exception.


So as I sat down to watch what I didn’t think would be a very good game last night, I was soon mesmerized and thought I had accidentally turned on “Slap Shot”. The Isles got ahead and way ahead so you knew something bad was going to happen, but no one could have predicted the scene that unfolded. I truly think some of the Islanders lost their minds! Really, what did Johnson do but accept an invitation to fight? All that caused all that???

By the end of the game, each team had only a couple of players left on the bench. As it was, the Pens were basically playing with a good chunk of the Wilkes-Barre team. We’re missing so many starters it’s not even funny and now we will be missing way more when the suspensions start being announced.

It wasn’t pretty, it wasn’t fun, and it wasn’t hockey. Maybe the refs should be suspended and fined for completely losing control of the game.

So this week will end on another downer for Pittsburgh fans as we hear who’s out and for how long. Maybe this will be character building? We’ll see.
Posted by L.A. Ovens at 12:39 PM No comments:

Seeing Malkin writhing in pain on the Consol Arena ice last night made it pretty clear that this was a bad injury. So when the news came down today that Geno has a torn MCL and a torn ACL, fans weren’t that surprised, but shocked, none the less.

In his first game back after missing several with an injury to the other leg and a sinus infection, Malkin was playing well when this unfortunate incident occurred in the second period. Being “Sid-less” and “Geno-less” was tough, but the boys hung in there and managed to win four games without either superstar. Jordan Staal’s return has made a big difference and we were hoping it was just a matter of time until the two big guys came back.

But Sid is still dealing with concussion issues and now Geno is gone, maybe for the year. So what happens now? Will Shero find a way to pull out a blockbuster trade to get another forward or winger? Oh, I forgot to mention that forward Mark Letestu, who has been a big part of the team too, is also down with a long term injury.

One thing is for sure – there will be no quit in this team or their fans. In the immortal words of former Steeler head coach Chuck Noll, “We play with who we have” (or something like that!) Taking another cue from the Steelers, the Pens have kept winning without important pieces of the team in place. When the Steeler quarterback couldn’t play for the first four games, the rest of the team hung together and won three out of those first four. The Pens have now won five in a row since before the All Star break and will have to keep winning until Sid gets back, Geno gets back, a trade is made – whatever. I have supreme faith in them and in the Coach. He will have them ready to play and they will play hard.

No one will feel sorry for us, least of all the Flyers, Caps, Rangers, etc. Each team deals with injuries, we are just dealing with two of our biggest stars going down at the same time. But, never fear! The fans will do their part and the Pens will certainly do theirs. We’ll all get through it and hope for the best during each game. 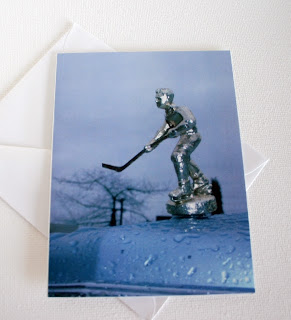 
Just a quick post to applaud fans of the Dallas Stars who made their way, despite challenging weather, to see their team line up against the Vancouver Canucks on Tuesday evening in Dallas. Too bad the final outcome was not in the stars for... the...Stars.

Stay safe and warm, everybody...and may the stormy weather go away soon!
Posted by L.A. Ovens at 10:04 PM No comments: