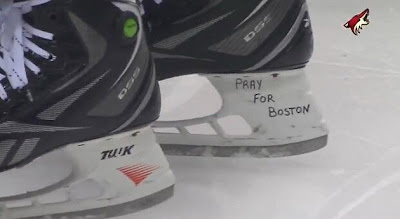 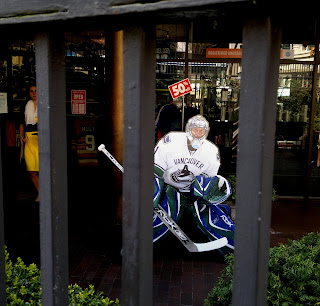 
It's safe to say not every birthday can be "The. Best. Birthday. Ever." I for one have had fantastic B-Day celebrations (like the one I just had on Sunday), as well as unspectacular ones. One time, I was laid off from a job on my birthday. The first two birthdays after my mother passed away were also very difficult.

Today is Canucks' goal tender, Roberto Luongo's 34th birthday. Here's hoping he has a nice day and eats some delicious cake. Here's hoping he can accept being shackled by that miserable contract of his for a little while longer.

If it makes Luongo feel any better, many Canuck fans feel just as imprisoned by his contract as he does.

I'm sure Luongo knows the goal tending position in Vancouver has been a subject of controversy for many years. Having been nicknamed "The Goalie Graveyard" in the past, the Canucks for some reason,  just can't get it right when it comes to net-minders.

The Canucks actually made Luongo team captain in the fall of 2008. Who the heck makes a goalie a captain at the NHL level? Isn't that only legal in beer leagues? I thought the Canucks had officially lost their collective minds when they pulled that one out of the hat. But they didn't stop there: a year later they gave a 12 year, $64 million dollar contract to Luongo, subsequently upping the ante at the ca-razy decisions table.

So, Roberto, do as you say....collect yourself and your thoughts and focus on your job as goal tender, giving 100% of yourself to the Canucks and the fans. Somehow this mess will sort itself out. And don't forget to enjoy your cake!